The Starry Ways of Imagination and Reason 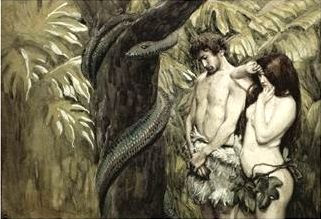 versão em Português
Often Modern astrologers feel insecure when they are confronted with the pulsating and interrelated cosmos that beats and lives within the fabric of the worlds and the rays from planets and stars are translated into material rays or quasi material rays. It seems that ‘reason’ has become unreasonable - and logic has become a figment of material and reductionist imagination. I believe this possibility has become a reality because of doubt. It is today possible to doubt what is not material and material measurable with instruments of science. These instruments of science are solely constructed to measure material occurrences and their reliability is confined to the limited perspective of the modern mindset. In one word, we find a need for causality. But this causality needs to be measured in order to gain its validity. This means that only those causal relationships that are materialistic possible to measure can be spoken about in valid scientific terms and by extension be given the virtue of truth. Truth, al haqq, which Al Arabi discussed at length in his wonderful and breathtaking discourses, is clearly not a phenomena limited to the measurements possible with the scientific tools to our material disposition. Truth is experience, truth is a manifest possibility. The Planet doctors such as Al Biruni and the already mentioned Al Arabi saw the One as the only and ultimate reality, all things manifested served as signs and waystations for us to realize the inherent unity we are partaking of.

Al-Arabi criticised in his time the overtly rational intellectual tradition, Kalãm, for being one eyed. With this he simply meant that they solely realized the world through the eye of reason and shut firmly the eye of imagination. Ever since Aristotle separated mind from matter these one eyed half kings have been stumbling around in the world and with the coming of the modern dark ages, the so called enlightenment, these Cyclops have not only brought into their modern discourse the reduced sight but also the dimness of horizons. One eyed, looking at the immediate terrain and landscape to the left, right, front and back suffice for these people, while the up and down, the very thread of manifestation is nowhere to be found. The golden chain is gone for the modern man and his materialistic reason that aims often towards falsifying spiritual realities. No wonder man feels lost, that plants no longer speak to man or man and woman do not understand each other, because modern man do not feel like a part of anything. Rather he feels lost in a journey towards individualization in a world of ambition. He do not look up and outside, just within and down. Today, it is not important to realize how you can be a cosmic signpost of unity because you are one of the beloved creatures in creation. Today the important thing is to ‘find yourself - i.e. to realize individualism completely suggested by materialistic and sentimental values living artificial promises of happiness in our urbanized ‘civilis’. This utterly useless perspective has also infested astrology. The applied part of astronomy is today a corrupted and psychoanalytic universe of suggestions and fragile constructs that tries to affirm the human condition as ‘material psyche’. For instance, a widespread idea today is that the zodiacal circle can be separated in two half’s representing the human psyche. The upper part, from ascendant to descendent represents the extrovert and conscious life of the person, while the lower half from descendent to ascendant represents the sub-conscious. This is in radical disagreement with Bonatti, Agrippa, Firmicius Maternus and Ptolemy, and it is quite evident just by looking at important houses as the 9th and 11th – both allegedly conscious houses. 9th signifies “vision, wisdom...and the foreknowledge of all things”, according to Bonatti, and the 11th according to Firmicius is the house of ‘the Good Daimon’. Of course in a world where vision is insanity and wisdom is related to a university degree and ones ‘good daimon’ is a joke told in the taverns one can wonder about the usefulness of modern astrology as it is simply a tool for materialistic and individualistic affirmation based on psychoanalytic principles and blueprints.

This is the world of Cyclops who scarcely see what is around them in the dim landscape that knows no ends in its unity. Those with two eyes, the eye of reason and the eye of imagination perceive the richness of the worlds. And two eyes are needed in order to maintain equilibrium of ones being. Reason tempers the eye of imagination and ensures that fantasy is not entering the world and likewise imagination is tempering reason so we do not quench the spirit of things with our over-rationalizations. The mundus imaginibus is the world of divine forms and ideas, but in a world where there is room for doubting and even falsifying this realm of spiritual possibility, the eye of imagination is firmly shut and leaves only a fog for the one eyed rationalist to venture through. So naturally, with the denigration and rejection of imagination, to the world of fantasy and illusion, the same happens with our interrelations and connectedness to all things. With our rationalization we silence the world and isolate our self within an artificial life of ‘civilis’ where nature is scary and filthy. Naturally, such perceptions can never breed an understanding or willingness to understand the all encompassing texture of living and pulsating worlds - and even less that we partake in this wonderful unity of relationships.