Algol Diabolus and the Idea of Evil 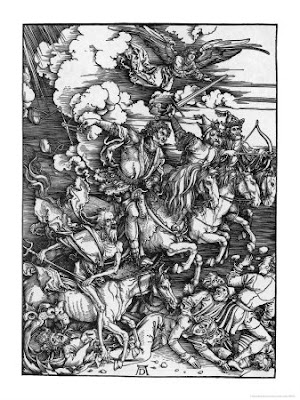 versão em Português
In Bonattis Book of Astronomy (vol I: 314) we find a curious observation where he speaks about the constellation of Taurus and the six stars of Taurus that makes part of the Pleiades. All of them which are of the nature of Mars and Moon when considered collectively, but within this stars we have some that takes on the nature of Mars and Mercury. These are the stars that in Bonatti’s time were found 14 degree and 45 minutes of Taurus called Diabolus,55 degrees apart we find Caput diaboli, i.e. the head of the Devil which is the star better known as Algol. This means that the star is binary. Algol has a long reputation of being associated with malefica, diabolism and evil. But what is evil? Viewing this question from the point of view of a Traditional Astrologer the perceived evilness must be understood on basis of its nature, Mars and Mercury. But can we say that Mars is evil or Mercury evil or are this terms better understood by applying it to placement and how a set of powers are used to influence a situation? In other words is the idea of evil simply based upon perspective and placement?

Assuming that harmony indicates a balance between things and beings and we call this good we can suggest that disharmony is caused by an imbalance between beings and things and by extension, if this imbalance is of a violent and hurtful character it will properly present the components of evil as it appears in the world. It we turn to classical cabbala we find the nature of Mars in the divine face of God called Din or Geburah. This divine attribute represents restriction and strength. It is the powers that we experiences as protective and as such in the world of humans this divine face are also seen shining from the troops of military and police as it is by solitary aggressors that solely exercise the powers of Din in a way that serves no goal or purpose and just induce pain into the world. This imbalance of an individual can generate - by discarding harmony and instead focus all attention and purpose on Din - paranoia and making him consumed with fears and anxiety, seeing the world as a threat. The violent man, the hurtful man, those who suffer from paranoia and fear and live in a state of chaotic war with themselves, have merged completely in the divine severity. Such people do not see that the divine mercy is far greater than his restriction. Mercy is the power found in Jupiter, dignified and giving, it is the Sun shining and nurturing, not because of expectations of any kind, but because of the love pulsating within the azoth of the cosmos. It is the overflowing of goodness that is everywhere even if we don’t accept it or want to see it. The violent man however sees only evil and even this overflowing of love can seems threatening, because the presence of love threatens the fearful perceptions of the hurtful man. 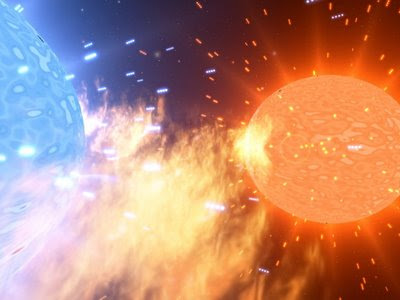 Algol is also known as the star of Lilith, Adam’s first wife, yet again the idea of evil comes to mind, but what constitutes this ‘evilness’ if not an overflowing of power? In this case an overflowing of untamed raw creativity suggesting that ceases when under suppression and metamorphoses into violence. Usually Algol is spoken of without mentioning the little star some degrees apart, but well within her field, she is seen as alone in her martial ‘mercurialism’ where the powers of the planets turns into an affliction, that hinders her expression and hinders her union. Cut off this tension of isolation and do not deliberately seek out victims, now, it is always an accident when we enter within the ray as she battles to free herself from the restraints. Naturally, this is one small aspect of a great cosmic mystery, but for the purpose of the perception of evil, it is sufficient to suggest that evil amongst humans are basically what is accomplished by finding one self in a state of restriction where the frustration born makes one to veil oneself in the vaults of iron and guard ones restricted expression by vigorously attacking innocent passer byes. As time passes and frustration increases the violent man sees only threat and the heart closes up for love and goodness in his search for affirming the fundamental evil in the world. This would tell us that hurtful people, violent men and malaise are symptoms of imprisonment. This prison is like mars’ metal, iron, extreme… Under heat it gets extremely hot as under the influence of coldness turns extremely cold. In the same way the man of hate and violence are eaten up by the same extremes, burning up in his own cold world of iron and night. What we see is a protective power gone bad, but by understanding the mercy ways of breaking down the prison can be found and this is not only how those tormented by fear should be approached by us – but this is also one of the keys for approaching Algol when seeking her aid.