The Celestial Wine of Grace 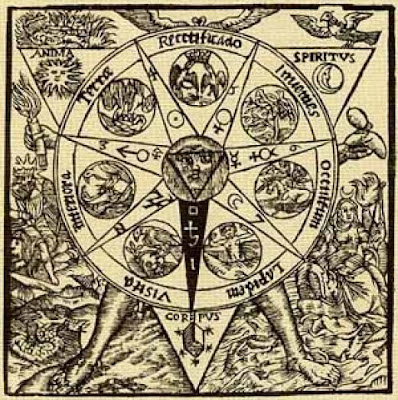 Versão em Português
In De Vita Libri Tres Marsilio Ficino (1433 – 1499) tells us the following: “But it would be safer for your health if you would mix with the Solar, things that are Jovial and at the same time Venereal – Venereal moisture especially, such as the water and juice of roses and violets, because it moderates the Solar heat.” (Ficino: 313)
Ficino saw the human race as predominantly Solar, as also the authors of Picatrix and Kitab Thakarit Al Ishkandar saw the human race; but as the Sun can be scourging and make the field for its interest barren in the same way a Solar excess can make the human body and soul dry and lifeless. It is therefore important to temper the royal rays of the Sun and its’ natural release of Solar vapor as a way of inducing harmony between the parts of the human complex. Ficino was probably inspired by Arnoldus Villa Novas (1235 – 1311) treatise on the varieties of wine, Liber de Vinis, a work that details a selection of wines that can be utilized solely for medicinal purposes. Ficino also recommended of regular consumption of red wine, that should be more fruity than dark and wooden. Dark and aromatics wine, those with a taste of leather and forest berries were seen as drawing too much on the qualities of Saturn and would stimulate melancholia.
A good addition to ones daily regime is therefore a properly prepared wine that has the sole function of balancing the predominantly quality of humanity, Sun, towards the two celestial fortunes, Jupiter and Venus. The following simple procedure can be employed in order to generate a medicinal wine that can make a part of one’s daily dietary regime. But remember the golden rule of Villa Nova, to always eat some bread and drink some water before drinking wine…
First you will obtain a fresh root of liquorish and on a Saturday in the hour of the Sun will take the root and place in a jar of brandy, Armagnac or Cognac. You leave the jar open and place it on the pentacle of the Sun. When the hour is passed you close the jar and leave it for forty days. You will then cleanse it from its body and stay with the alcohol infused with the roots virtue.
On a Friday morning go out and purchase two bottles of sweet fruity red wine. Upon coming home you will draw the pentacle of Venus and place one of the opened bottles upon the pentacle. Light a candle for Venus and recite her hymn.
While the wine is absorbing the venereal vapors you will then macerate one hand of laurel leaves together with petals of roses (and violets). Let it rest until the hour of Jupiter when you will strain well the wine, leaving its body aside.
You will then draw the pentacle of Jupiter and place the macerated wine on it. You will light a candle for him and recite his hymn. You will then wait until the hour of the Sun and draw his pentacle. Gather the three pentacles together and again recite the hymns for the three planets and light candles for them. Then you will mix in a new vessel the macerated wine with the wine of Venus and the virtues of liquorish.
Let it rest for seven days, but daily you will shake it for the first five days. On the seventh day in the day and hour of Venus you will strain it and this is then the wine for balancing the human health towards nature and happiness.
The bodies can be used for further refinement of the wine by extracting its salts and thus produce the elixir, if you know how to do move on, if not give the body back to the earth