The Dread of Matter 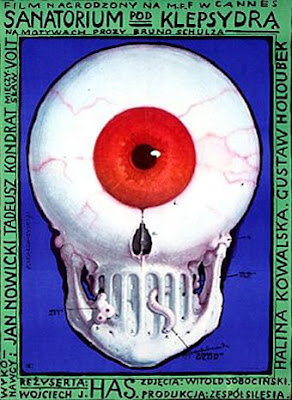 Versão em Português
In the rather lengthy Philosophical fragments the Danish philosopher Soeren Kierkegaard (1813 -1855) said: “ behold the man His suffering is not that of his death, but this entire life is a story of suffering; and it is love that suffers, the love which gives all itself in want. What wonderful self-denial!” With this he is lamenting the death of love and how despair and dread has taken its place. Modernity is signified by suffering. We live in a world under negative control, there are always demands and codes of conduct given to us from our society or from our personal history we engage into in order to avoid punishment. Love has become a selfish servant of immediate needs and an outlet of manipulation. Kierkegaard saw the dread taking the place of love, Sartre saw the asphyxia entering the scene and for Nietzsche the conclusion was that god was dead. For certainly, if God is Love and love is now suffering, and self deception - the God of the ancients died with the coming of modernity. What happened was that with Descartes meditations and subsequent experimentation to prove divine order, he also paved the way for modern dualism. It was enough to be a sensible matter and the perception of our surroundings aided by a lower form of reason opened up for rationalizing away God. Today, we think of God in ways very personalized, we see in god ourselves and not anymore a divine reflection. For the ancients, like Plato, Porphyry, Thomas Aquinas and Marsilio Ficino God was love. So, by expelling God from the equation of being we are expelling love. Not that God IS love as such, but it is through love we can gain knowledge of the divine perimeters that define the divine tangibility. With Cartesianism action from a distance was denied. There were no more grace or divine rays, man became shut off in a corpuscular universe where we became the authors of our destiny in accordance with how we placed our body in time and space.

Modern dualism is not about a belief in good and evil, it is not about a belief in fall and redemption, it is about believing or not believing. In this dualism belief in love, God, meaning has become a personal choice. From this rises despair, because we feel alienated and lost, we are no longer connected. When Baudelaire described love as a fountain of blood that gushed forth for whores to drink he measures this dread and alienation in ways that transcends Kierkegaard’s dread and suffering. For Baudelaire, the alienation from source became a cesspool of infection and his love a passion of misery and anguish.

With Descartes reason was dislocated from affect and body; it became the embodied monitor of truth. The rest was solely sterile laws, insofar as I could perform a rational thought about it, and with rational – a mindful perception of the activities of matter. But mind perceiving matter will solely engage in a ‘wonderful self-denial’ – and the suffering it naturally brings with it. Man is more than his body, man is microcosm, a divine image of celestial order, the amalgam is love. So by love and goodness, by realizing our participation in all things visible and invisible we can also reach the roads of our happy destiny and if we have courage enough, we can knock on Eros door…