He who has Patience will have All Things 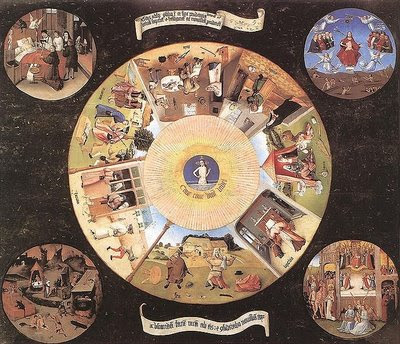 Versão em Português
Ifá, the traditional faith amongst the Yoruba speaking people is a treasure trove of practical recommendations of how to conduct your life in order to reach happiness and fulfillment; the promised goal for anyone who dare embrace its destiny. When Ifá speaks of warfare for instance it also speaks about courage and retreat as it speaks of the importance of maintaining a calm mind and the importance of patience. The last week or so, as Sun Mercury and Venus has been fooling around in the sign of Aries, I have noticed a lot of anger. Not directed towards me, but social anger of a variety of shades. This morning I woke up with the Sun and a feeling of peace rushing from my head and down and I thought to myself, ‘how happy I am to be a peaceful person’ – and then I remembered the Ifá proverb. Ìbìnù Kó sè Ohùnkóhun Ìwà Sùsù Ní Ohùn Gbògbò. It means transliterated that; “anger does not accomplish anything. Patience is the crown of character and achievements. Those who posses patience possess all things.” There are of course much that can be contemplated upon this, but in particular ‘ira’ or anger/wrath came to my mind due to the amount of misguided anger I have been seeing around the last weeks. With this I also noticed how anger did not managed to accomplish anything, on the contrary it started to breed out into other domains of the afflicted peoples life. In Catholic orthodoxy wrath is a sin and the virtue that counters it is interestingly enough patience. All the seven deadly sins came from the seventh, the primordial one, hubris. Hubris is often translated into pride, but hubris is not the kind of pride that arises when we are satisfied with our accomplishments. No, it is an ugly pride where ones lower soul is exalted to kingship in one’s life. It is a misplaced sense of self importance and with things and attitudes misplaced they will naturally be challenged in order to call it back into place. Naturally envy and wrath are the ugly twins of Pride. Galen considered anger a form of madness and Seneca likewise, in politics and sporting events, he considered anger to be both useless and unworthy. Proverbs 6: 18, 19 when detailing the acts of abomination lists amongst them: “An heart that deviseth wicked imaginations, feet that be swift in running to mischief. A false witness that speaketh lies, and he that soweth discord among brethren.” Anger do all this, it makes people to lie, to deceive, to become envy. Not only this, but even just anger can accomplish the same results, which is why Ifá calls for patience and says, if you have this you will have all things. So, I only say, as I say every morning adapted from the Odù Ifá Òtúrá Ogbè:

Whoever feels comfortable will behave so
I have come to give praise to calmness
To wake up in the early hours of the morning
And give destiny its due
I am a person who will meet luck and happiness on his road
By giving destiny its due in the morning it is me that will be
Meet with luck today and tomorrow.
For there is no confusion in my head
There is no anger in my heart
There is no greed in my stomach
My head is calm and clean
May it be so!