Malakim Veneris Or; the Angels of Venus 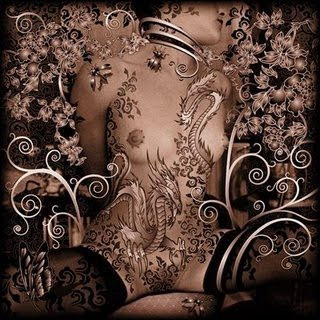 The Divine Feminine intrigues and mesmerizes the beholder. Women as keeper of Natures Arcana Arconorum are repeatedly vested in green and red, the robes of whores and queens, fairies and gentry of all kinds. She is North and she is Water, she is the cave and the tension of darkness. She is the moment of death and the unfolding of Nature in masks and guises of all forms and fashion.

She is Rowan and she is Willow, the bleeding rose hanging within the wild greenwood. The rune ‘ken’ is at times associated with the power of the Rowan and its reddish wood, speaking of blood and lust, like the willow speaks of the comforting greatness and solace of woman. Woman is mystery, comfort and annihilation, like the three stellar Mary’s (Alnitak, Alnilam and Mintaka) composing the belt of the Great hunter, Orion, speaks of. As such she is the girdle of protection, the secret thread of the warrior’s waist.

As time degenerates and the divine light gets dimmer and more distant so does material mans comprehension of the gateway to the house of God. The divine feminine seen as Schekinah, or “God’s presence” – or women seen as Sophia, “Wisdom” – is often discarded in favor of women as Prunikos or “whore”, viewed in complete profane perspectives. Not only is the perspective profane but the moral mediating this profane perspective rests on biased judgments of a dualist orientation. This in turn leads to misrepresentations of women and her divine image. Axioms like “Woman is All” are approached from carnal motivations and quasi tantric ideas as those presented by for instance Omar Garrison in his 1964 publication of “Tantra – The Yoga of Sex”. In spite of some good insights the sensationalist approach takes the attention and especially when he speaks of ‘she-devils’ the interest is wholly on those lewd and sensual manifestations. To mind springs Inanna, Ishtar, Lilith, Freya, Circe and other daughters of Venus who speaks of the sensual and erotic, strength and oracles. Perhaps the form most intact concerning the divine feminine is found in the Yoruba river deity, Osun where elegance, wit and sharpness walks hand in hand with joyous eroticism and oracular wisdom. From the traditional perspective Osun was the first female Irunmole (house of light) that came to earth with the purpose of sweeten the earth with abundance and joy under the sun. Her night face on the other hand was relegated to the circle of wise women, the IyaMis, representing the cataclysmic potentialities in creation, the nightly dangers and the chaotic wrath and the cold fire of need. This vile and dangerous faces of the divine feminine are commonly met with narrowness in terms of understanding as we see in the Venusian power, Mama Chola, which we meet in Palo, the Pomba Gira in Kimbanda or Erzulie Dantor, if not Marienette in Haitian Vodou.

If we take Pomba Gira as an example, we find here woman as challenger. She is clearly a prototype of the continental witch (as well as much more) as she stands strong in her womanhood, proud of body, mind and her power to attract and repel. Like all feminine powers, all the angels of Venus, she presides over the bane of havoc and blessing in the same breath. Venus is both gluttonous and hedonist, and she is the road of love and devotion towards unification and wisdom. The troubadours and wandering aristocrats that engaged in the practice of courtly love realized the mystery of God, by setting up the dwelling in God’s presence, using woman as the point to draw divine sweetness to their lives. Woman is divine sweetness or divine bitterness. The rage enflaming Mars is a direct consequence of Venus’ bitterness. Few seem to contemplate these factors and instead women is approached as lustful companion and medium for the exaltation of men, while in truth man needs woman due to his imperfection. Through woman man defines his landscape and she is his mirror. In woman each man gets what he deserves…