Òsún and the Mystery of Passion 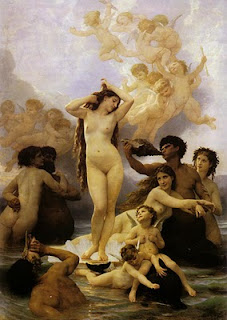 Traditional Ifá focuses on the importance of ‘ori tutu’, to have a calm head and a consciousness composed of tranquility and patience. It is only when the conscience is calm and tranquil it can make the connection with ‘okan’, the heart, that brings abundance. Òsún represents the principle of passion and in astrological terms we can say she represents the planet Venus. Just like the planet Venus can enter into relationships with other celestial bodies that either afflict its nature or bring its powers forth in dignity, so it is with Òsún. Being the Queen of Passion ties her effectively in with the powers of the Iya Mis, often referred to as Ajè. Ajè is often translated into ‘witch’ by modern ethnographers, who by this reveal their solidification in a completely profane terminology that limits these forces to be solely a mundane product., insofar as we have in mind the contemporary ideas of witches being humans in league with diabolic forces. Ajè IS passion. Not only ours, but the cosmic passion that entices powers to meet, blend, attract and repel. The moral qualities that we like to attach to this creative dance belong to the profane order. While the Iya Mi with her host of passionate forces belongs to the night, Òsún is the reflection of passion under the watchful eyes of the Sun. In Ifá metaphysics, the power of passion manifested under the rays of the Sun leads to the principle of abundance.
The Odu Ose meji tells that Òsún gained this secret from Obatala by utilizing the power of the erotic. Again, we must keep our mind of the principle in play and avoid approaching the erotic on profane grounds. The erotic is simply the power of intense sympathy between two forces, a sympathy so great that a merging is desired. And here we can see the dim shades of her mystery, the passionate and the erotic, the field of desire when joined with ‘ori tutu’ manifests in creativity. But traditional creativity and art, where art is not something a person do, but where the art becomes an extension of the artist. It is in this way we must understand any form of true creativity, as it is reflected in the west in the art of alchemy. Alchemy is very basically a union of bodies that are brought to destruction in order to achieve a higher octave - it attaches itself to a higher order of meaning.
So while Òsún is the principle that inspires artists and love to greatness, this same power can by profane encounters be reduced to something limited to human sexuality with all its sentiments. Traditionally Ose meji speaks about all thing that are fragile in creation, and passion is this fragility. Passion can manifest abundance and loss, it can bring turbulent forces as easy as it cuts them off. A mystery displayed by the word Ajè itself. Ajè represents the powers of passions, while Ajé represents the power of abundance giving wealth. And herein is found the crossroad of Òsún. Ase!