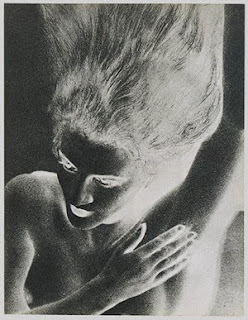 The central belief of every moron is that he is the victim of a mysterious conspiracy against his common rights and true deserts. He ascribes all his failure to get on in the world, all of his congenital incapacity and damfoolishness, to the machinations of werewolves assembled in Wall Street, or some other such den of infamy - H.L. Mencken: 1936

Mencken pointed out already in the 30’s how people increasingly saw themselves as victims for men of political and financial hunger and with this pointed out the way towards the climax of conspiracy theories in the 1960s. Conspiracy has probably always been around in the shape of plots and plans to achieve highly personal ends, most commonly vile or sinister. Today a conspiracy always give the idea of a selected gathering of people who driven by power and politics attempts to feed upon people or governments in order to reach their own highly selfish ends. As a psychologist I find it an interesting phenomenon as it is clearly tied in with both insanity, in particular schizoid and paranoid personality disorders, but also, from my stance as a conservative traditionalist, it also affirms the sad state of the world, where modern man feels lost. In the hunt for explanation, for consensus and meaning it is almost accidental when a person starts to see patterns of conspiracy or patterns of love. It is a sad effect of where and when the organism is in space, place and own life. It speaks both of the fragility of the dislocated human psyche as it does of the great alienation of modern man.
And for some people the alienation is graver than for others, the questions just keep on piling up and the feeling on estrangement just grows and grows into a need for finding causes for explaining existence in an unfair world. There are in other words deeply rooted in projection, a common mechanism of defense for the organism when it sees its sense of self worth threatened by feelings of inferiority, failure and emptiness. In many ways we can perhaps understand the adherence to a belief in a world of conspiracy to be the other pole of nihilism. These are two of the three choices the alienated modern man often are presented for, the last one being depression.
Modern theories of conspiracy always focuses on scapegoating and slander, no matter the lack of coherence in the theory, if it somehow makes sense for the individual in this state of self defense, it will be used as a valid argument. This fits well into the psychological profile of the modern man seeing conspiracy around him, that responsibility for own life is pushed out and upon those conceived to hold some uncanny power. When these same individuals are backing up their insanity with proposing moral, good and lofty ideals, often of a traditional nature it all falls on its own insanity and sadness. Often these figures do not see how they are portent of the spirit of modernity, a spirit that goes counter to tradition and it is in this spirit of modernity we find scapegoating and slander. In all traditional African societies I gained knowledge of through my work as an anthropologist I have found that scapegoating and slander had no acceptance, in fact to blame others for your own mistakes were considered as reflecting bad character at large. Slander was always considered to be the very seed of dysfunction in the society.
This harmonizes with tradition proper, where man is called to recognize his destiny as Gods image, not as a being wholly born by material and social impulses, as is often the modern view.
As Hofstadter commented in his observation of American politics:
...it is hard to resist the conclusion that this enemy is on many counts the projection of the self; both the ideal and the unacceptable aspects of the self are attributed to him. The enemy may be the cosmopolitan intellectual, but the paranoid will outdo him in the apparatus of scholarship...
Hofstadter is merely pointing out symptoms, the causes are naturally related to the greater disintegration of the world order, where man has discarded the celestial world in favor of a purely material existence. There is little left for modern man to orient meaning towards, meaning is wholly dominated by the social construct he finds himself unwillingly interweaved into. It is sad, and I understand. If scapegoating and slander makes the search of meaning more easy,if it is helpful to point one of your five fingers towards a conservative traditionalist focusing on the cultivation of good character and call him ‘evil’, I say as Ifa says: “Honey will always remain sweet” and don’t forget that when you point one finger towards a man, you point three towards yourself.