To Walk Gracefully in the World 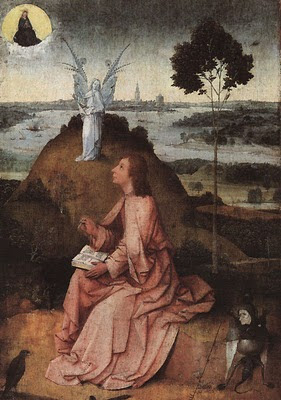 The meji odu of Ifá Irete meji, carries to us the meaning of good fortune being caused by the activity of te, to press or shape hardly, as a sculptor shapes clay and rock or a blacksmith shapes iron. The idea of ‘pressing your own good fortune’ challenges us in terms of character, as this activity can make some people become stubborn and selfish in their pursuit for power in order to accomplish their goals. A distorted sense of how to walk in this world can arise and arrogance and destruction for personal gain can rise from the forging of our character in Irete meji. This causes this odu to form a pattern that, when afflicted, gives birth to spirits known as elenini. These spiritual forms and rays are born from a specific self serving activity that in the west is often understood as the power behind sorcery, viewed as a negative engagement with the world, where nature is attempted to be bend to the egoistical will of the sorcerer. Baba Falokun comments that these spirits, elenini bars the full expression of freedom, enlightenment and balance. They do this by generating states of paranoia and isolation where the world is perceived as hostile. The sorcerer under the influence of elenini will do whatever is in his power to thwart the truth, to seduce or debase people around him in order to accumulate a personal power resting on fear and threats. The odu is an important political odu, as it is an odu that gives the powers of ‘influence’ for good or for ill. That the arrival of the elenini is a gradual process caused by failure of understanding the mystery of this odu is evident in some political personage, like Idi Amin Dada, Joseph Stalin and Ivan IV, the Terrible. What these personages have in common is the self isolation born from believing they lived in a world of hatred. This barred any expression of freedom or enlightenment and the exercised power in a ruthless and self serving way. We can even stretch this to modern film industry where the progress of Anakin Skywalker into Darth Wader is a good allegory on failing to understand the mystery of Irete meji.
The key to the mystery is to see the world as a teacher. The forging of Irete meji should stimulate you to choose the gentle ways. It is an odu that speaks about transforming these great personal powers into good manners, etiquette and gentlemanship. I mean this in the most direct of interpretations, to be a gentle man. This is the road to integrate this powerful mystery in a positive way. One verse in Irete meji reveals in its simplicity profound depths concerning this:

Bùtùbútú onà Ìjèsà Lomode fíí seré
Bi ó ba kómo ní rírìn esè
A komo ní yíyan
The fine sand which children play with on
The road to the land of Ilesa
If it is used to teach children how to walk,
It can also be used to teach them how to
Walk gracefully
So, when life tempers us and circumstances forges us, let us not forget that swords need fire , hammer and anvil to become beautiful, diamonds are born from coal under pressure. With patience and gentle ways a positive road towards unfolding tremendous personal power is opened up, so let us walk on gracefully in the face of challenge… Ase O!