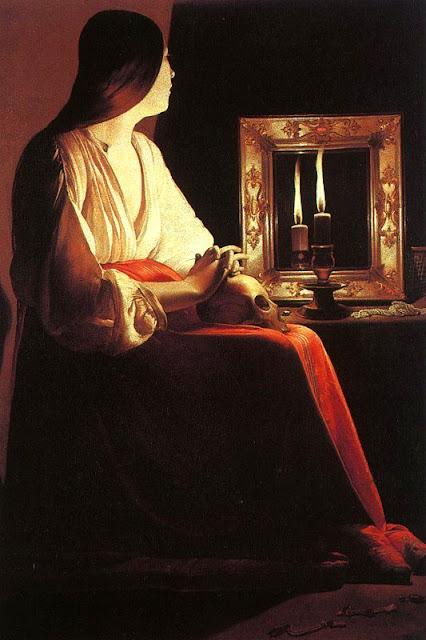 Trapped in the duality of modern reality, most people instantly engage in an ordering of the same and the other. It is the very spirit of modernity at work, where we define who we are in relation to what we are not in bonds of accepted opposition. This reality came with the acceptance of the Cartesian world view, formed by doubt. Now, this was not the project Descartes had in mind, but this became his legacy. And so it followed that the world, that had since Antiquity been understood by induction or deduction as a dual way to approach truth saw this as barred by a wall of opposition. We, as modern people, have a taste for what is new, but there is little new actually. History repeats it self and so does thinking, not in the exact same way (which is demonstrated by the mathematical principal of infinitesimal portions), but in similar patterns. The time (history), the people (society) and the temperament of the land alters slightly this repetition and generates a certain difference. In this small shift of difference form the repetition new authorities’ rises and authorities are called in such way because society deems them so, because of books and diplomas. It is the reign of quantity. Modern man questions how a person with a handful of diplomas and a dozen of books published can be wrong – or does we, or do we just accept? After all, the world endows a man with a grade and a diploma a certain prestige and authority and we listen to the words with ears of truth. And this is good, because knowledge is truly the food for the mind (nous) and it is there we meet God. We listen to authorities because we want to make sense form our lives, this search can be profound or shallow – but it is still a search for meaning. We look for meaning in a fragmented world that constantly defines what you are in relation to what you are not. This dissection happens on the premises of government and social norms, rules and al too human morals. The idea of duality, which in its extreme tells us that the exhaling is more important than the inhaling, because a division has been made and a judgment of sameness has been passed to make it distinct from ‘the other’, so, one is good and by proxy the other is bad is typical for the modern mindset. I believe this idea rests in the Bible. In Matthew 12: 30 when Iesu tells that he who is not with me is against me, but this was situation-specific. It was not a metaphysical statement of the world being ruled by a twain substance, it was of a completely political and mundane order.
It is my opinion that many people go wrong here, in assuming the terrestrial illusion as a celestial reality. We are speaking about what is an accomplished human being, and I say as Plato that: “A hero is born among a hundred, a wise man is found among a thousand, but an accomplished one might not be found even among a hundred thousand men”.
Today, the wisest of minds is focusing on our journey on earth being a heroic one. And this is good, we should be the heroes in our own life. This is crucial and essential – for ascent, to enable the soul to turn itself upwards. We need to conquer the world – a world that is largely coloured by our cardinal sin – or in a more harmonious language, our planet with its benefics and malefics. The hero is he or she who seizes life as a challenge and overcome mundane restrictions and become wise. Wisdom calls naturally on understanding and with this the idea of duality vanishes. So, by resolving the dualist dysfunction we become wise. Accomplishment of our being is a whole other task. We move here from what in Advaita Vedanta is called qualified monism to unqualified monism, we embark on a union with source and we see the world as One, our perspective turns unique and embraces all. We do not look for the wall of separation but we simply see the big picture, the drama playing itself out, while we stay centered and harmonious no matter what happens. This is the path of saints and here we are scratching the membrane of Oneness. This means that harmony is a key. The philosopher saint Marsilio Ficino said the following in the third book of Three Books on Life: “Since the heavens have been constructed according to a harmonic plan and move harmonically and bring everything about by harmonic sounds and motions, it is logical that through harmony alone not only human beings but all things below are prepared to receive, according to their abilities, celestial things” .
This is the key for realizing meaning and to understand what is good and true. Modern man looks over the horizon for meaning, but meaning is found vertically, upwards to the greater harmony we are aping and mimicking. If we tease our soul to turn upwards we can seize aping and instead we can become a harmonious manifestation of a divine idea. In this we will see beauty, goodness and truth.

Ficino used images, medicines, vapors and odors, music, and dance and movement as an integral effect of music together with well accorded concepts and motions of the imagination, fitting discourse of reason and contemplation of the mind as the complete remedy for healing unhappy man. It all had to be balanced in such watt heat the remedy induced harmony, because Ficino, as Galen, as Hippocrates, Paracelsus and all ancestors of modern medicine knew what Plato saw so very early that:: “Excess generally causes reaction, and produces a change in the opposite direction, whether it be in the seasons, or in individuals, or in governments.” And this is important, excess happens in one organ or place and the excess induces the illusion of separation because its form seems so dominating compared to the rest of its inherent unit or body. I mean, when you have a fever, you can understand this as being a meeting between two forms of excess in the same body or as the body defending itself against an alien intruder. Modern medicine endorses the latter view and verifies all on basis of Cartesian opposition, while Traditional medicine seeks to control the excess in one part of the unity or body. This gives grave consequences for how we perceive the world as it gives grave consequences for any form of radicalism. I say only, contemplate it; look above, to the stars and the planets, find the peace of their movements and reach onwards towards Oneness...