Fragments of the Truth 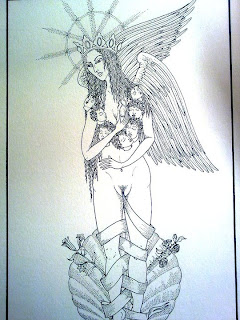 Tradition proper is at times challenging to appraise truthfully for modern man. We as modern people in a modern world is often blinded by senses and matter and often materialization of eternal ideas can baffle us into appraising ‘the thing as it appears’ as ‘the thing in itself’. This is in particular evident in the modern glorification of manifestation. So great has been the spirit of manifestation that even idealist philosophers have made errors of judgment that has paved the way for a lower order appraisal of eternal truths in a reversed order of importance and reality. One example we can find in the profane appraisal of Hegel’s political philosophy.
Hegel is most famous for his comment on Kant’s Critique of Pure reason where he set forth the triad of thesis and antithesis to reach synthesis, which for the idealist Hegel would be of a transcendental order. Ironically Hegel presented this argument once in his commentaries and it was actually Johann Fichte who were the one who developed this triadic dialectic that we today associate with the name of Hegel. When Hegel is discussing his dialectic it is born from his philosophy of contradiction. Here Hegel makes it clear that he is speaking of a degree of contradiction within a given unity, we might understand this very schematic as a form of gravity where the attraction between two masses supports the ordered unit. And it is exactly by resorting to material examples to explain matters of a transcendental order confusion enters given man’s readiness to allow the senses to order the world of perception.
In the case of Hegel this means that the inherent contradiction in the unity, or its identity as he sometimes refers to it will resolve its complexity in a synthesis of a higher order by annihilation of the contradiction that is established in a inferior level. It is here we find his basic axiomatic dialectic of the triad between being, nothingness and becoming. And it is perhaps here that the materialist dimension made itself available for Marx and Engels in the formulation of a particular political philosophy taking shape into communism. By establishing being and nothingness as contradiction a distortion is also introduced as traditionally this pair would be being and non-being. Nothingness on the other hand would be equated with the essence of the One.
The problem enters in the political philosophy of Hegel where he uses the French revolution to exemplify how these immanent principles manifest in the world. In the case of the revolution, the revolution itself constituted the thesis and the horrific consequences its antithesis leading to civic freedom. Seeing Hegel from a traditional perspective he spoke of how contradiction manifests when the eternal manifests in lower orders of a material nature. We might understand the presence of contradiction in a unit as a sign of its lower order even, where in its higher order the contradiction is resolved by integration and constitutes a unit. And perhaps it is here we yet again are confronted with a problematic issue, namely integration.
When we integrate items and thoughts we are on the level of fragmentation, a lower order activity. The perception of truth is the experience of oneness, the absence of contradiction, because oneness reveals in sublime understanding the totality of the ‘imago’ and the eternal beautiful truth it represents. Truth is never about integration of fragments. This might lead to an experience of truth, but this activity in itself does speak of a willingness to appraise truth. Awareness of inherent contradiction speaks simultaneously of our failure to grasp the truth as well as our willingness and interest to grasp it. If modern man grows aware of this factor and humble himself in the face of truth and beauty; the direct experience of God will be within reach.