The Art of Sacrifice 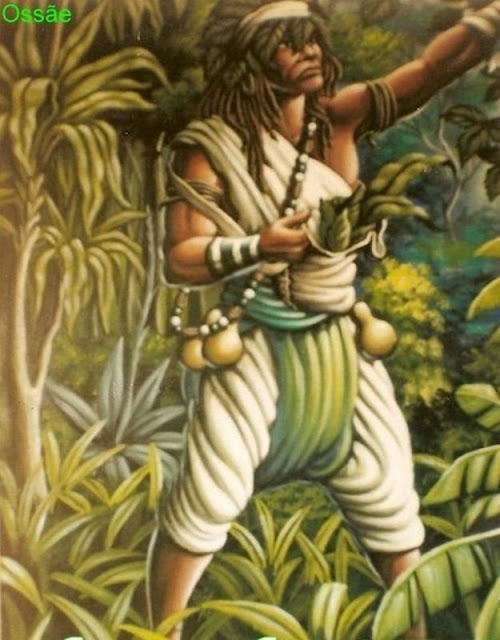 The Yoruba language have several words denoting ‘sacrifice’, amongst those we find rúbo, ipese, adimu and ebó. All these terms are verbs, they denoting something that is actively done. The range of sacrifice is from life force offerings and prayers to rituals of purification and change of attitude. But I dare say that the greatest sacrifice is of our selves – which consist in being humble, to consider someone else’s opinion and not grow boastful in accumulation of wisdom and riches. This form of sacrifice which is an exercise of humility is spoken of in the following ese ifá of Òtúrúpòn Méjì:
Ológbón kan ò ta kókó omi sétí aso
Òmòràn kan ó moye èèpè lè
A dífá fórí
A bù fún wà
Orí ní ire gbogbo lê to òun lówó báyìí?
Wón ní ó rúbo
Ò si rú u
Ìgbà ti ó rúbp tán
Ò si ní gbogbo ire ti ó nfé
Meaning:
Even the holder of wisdom cannot tie water
into a knot on the hem of a garment
And no sage knows the number of grains of sand on the ground
The teachings of Ifá were interpreted for Ori (consciousness)
Ifá was also interpreted for Ewà (character)
Ori asked the interpreter whether he could
Have all good things of life
He was asked to practice sacrifice
He practiced it
And when he practiced sacrifice
He had all the good things he wanted
Ifá is here speaking of a central issue in its sacred philosophy, namely to have a consciousness that recognize good character. Good character is in Yoruba named as Ori rere or Iwa pele, denoting a happy and content consciousness that spreads love and joy around it. A joyous consciousness is a consciousness of sharing ones wisdom and abundance. It is about various forms of generosity.
Òtúrúpòn Méjì is an odú particularly important for the Imole Osanyin, the Lord of Plants and medicine. The message in this odú is one of illness, inoculation and healing. Abundance is often a result of endurance of hardship, often because hard work needs to be applied in order to foster appreciation. When we work hard to achieve something the human tendency is to own its accomplishment and turn selfish upon the price. Osanyin did exactly this. He gained through years upon years of hard work as a servant and a gardener the knowledge of all herbs and medicines of the world and retrieved to woods, isolating himself with his hard earned price refusing to share with anyone. Time passed and the world had need for his wisdom, but he had no time for the world, thus Oya, the spirit of the wind came and shook from his hands the secrets of the leaves and medicines scattering it all over the world. The wise spirit Osanyin was humbled and his secrets, his price became a healing ailment for all people through the intervention of Oya. Yet another story tells how Osanyin was visited by Esu for the same purposes, but Osanyin refused to share of his wisdom resulting of a loss on a leg, an arm, an eye and his voice. He could after inference with the Lord of Crossroads only speak through birds and his secrets were taken away. Osanyin is the archetypical master of wisdom and knowledge that falls prey for selfishness and misanthropy. In his case, his sacrifice would be rúbo, a change of attitude and ‘active doing’ He was tempered and forced by Fate to examine his Ori and correct himself so he could bring forth a iwa rere, a happy character, in the spirit of sharing. Selfishness is an illness and its remedy is generosity, we do not own our discoveries in the world, everything we discover belongs to us humans, divine beings venturing through a human incarnation
So, let us never feel that we are to wise for our own good, let us always have in mind that the treasures we accumulate in life, our solutions can also serve as a medicine for our fellow men and woman. Ase!