The Road of no Return nor Exit 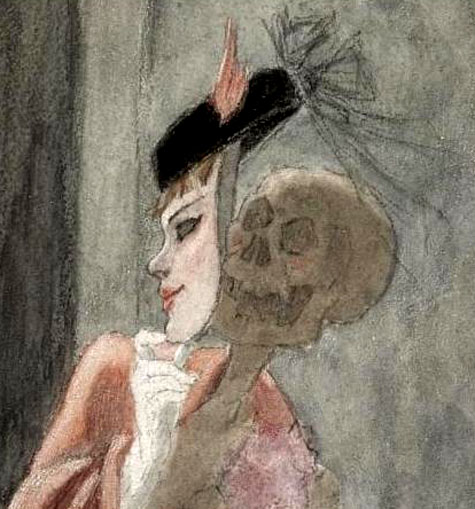 Ifá teaches the importance of sacrifice. When sacrifice is mention in relation to African faiths the life force offering rushes to the mind – but it is not so. Life force offerings are only one of many modalities of sacrifice. A host of materials can be subject to sacrifice, a food for restoring divine equilibrium – and in fact the sacrifice of one’s attitude values more than blood. To sacrifice your attitude, it be your vengeance, your anger, your misplaced justice and prejudice is at times as hard as moving mountains.
Ifá speaks in the odù Òtúrárosù the following:
Wúyéwúyé
A dífá fún wón ní tibó
Wón níkí wón rúbo
Kí ohun gbogbo ti wón máa se
Kí ó má ba máa se tibó
Ifá ní ki eníkan rúbo
Kí ó má bá máa ri òràn tibó
Kí ohun ti ó múu má bó lówó rè
Kò si lè te ni ohunkòhun
Translated:
Gently, gently
This was the advice of Ifá
For those at an impasse
Ifá said they should sacrifice
So that all they were doing would not come to an impasse.
Ifá says a person should practice sacrifice
So that he will not encounter an impasse in
What he does
And so that things will not slip from her grasp
And she will be unable to hold on to anything
Ifá speaks here about situations where our pride gets in the way. Our pride can block our progress in many ways, by holding on to what is just and right and what we desire to hold, which is often in the kingdom of envy.
Other verses in the same odù speaks of how Òtúrá rested and how Ìrosù rested at the impasse and gave way for honesty; often the biggest sacrifice imaginable when we have bet everything on one card of truth that turned out to be a miserable laughing joker.
When we are there at the crossroads of opinions finding that both you and the other stand hard in its pride only one thing manifests; namely stagnation. And like stale water it all turns bitter because of the pride moving the game. Pride can be defined by lack of humility and lack of truth.
In an exchange of opinion both parties tend to hold the truth hard, even when the truth held is ripped apart and show its fraudulent face. Ifá advices first to be gentle and then to give way for truth – this involves often a sacrifice, a realization that we were actually wrong; a sacrifice of attitude where we open for blessings.
Today in our modern age to accept failures and to ask forgiveness is often associated with weakness – but indeed humility is the sword of the wise – a testament to the world that we are all apprentices in the mysterious world of divine being. Humbleness is not that difficult, it implies solely that you bother to consider another person’s opinion and make a truthful evaluation of it. A humble exchange of opinion is a vein of growth and also a sacrifice. This sacrifice is mediated upon truth and truth leads to the realization of beauty – a worthy sacrifice that makes your life better and helps us all to move on to reach our destiny.