The Secrets of Power 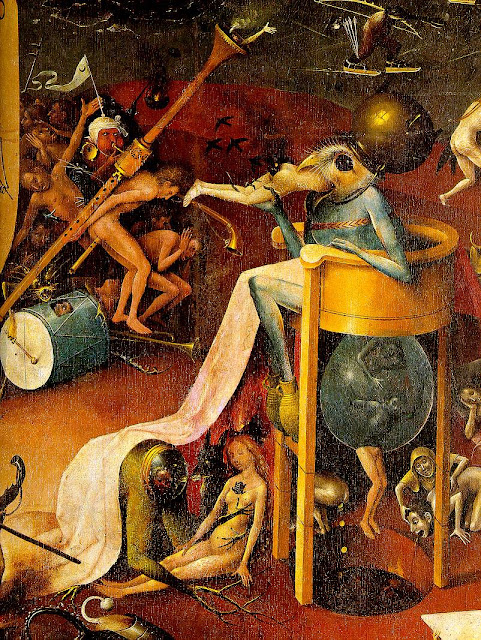 Power is a curious term. It can denote your power to replicate something and it can also define the strength of your office. This strength of office manifests in the ability to get things done and to exercise influence. As such the idea of power simply states an effect – but it does not state the quality of the power exercised or the character of the one that is wielding power nor the effort of the machine that produces power.  It its most optimal presentation power is omnipotence. Power is a constant theme in Foucault’s discourse where the whole idea of power is taking institutional forms in the Panopticon. Here the material and profane government usurp omnipotence by control over the actors in the material world. From this comes opposition as a natural consequence of being confronted with a tyranny that abducts your sense of humanity and choice.
Power is a force that denotes influence and invites what supports it. A machine for instance is supported by a current of energy that ignites the power of the machinery to perform.  A political party that is assuming power is doing so because voices of support and protest challenge the power; if the power is wise it will grow by its character and wisdom. If the power is rotten it will grow because of its ability to obscure, lie and deceive. Until it resigns and give ‘bread a circus’ – just to keep opposition away.


Power is always confronted because opposition, both positive (praising) and negative (condemning) is forces that carries the seed of growth when it is directed. Creation does not take notice of the quality of the attention you give, just the power you give. Power and its resistance and support are all magnetic powers that support the power in question positively or negatively.  This means that condemnation can actually have the same effect as giving support.


There is yet another issue; condemnation of a power can also be a mirror. The child as it grows up constantly defies its parents. This is the body asking growth and the response given to the body sets the mind in flames with the power given or taken.  Here we find growth or regression. This simple mechanism plays itself out in our life constantly. We oppose because of our growth, we bless because of sympathy and a promise of solace in our growth. To find the right power means that we are going in the right direction. It is here we find saintly dwellings of comfort that gives us the power to move on and not what defies and challenges our power.


At times opposition can be a shadow or it can be direct confrontations. If these powers meeting your power brings growth or rest is ultimately defined by your character.  Power, potency, strength, fire all this is fuel to our character and growth.


Power in the cosmology of Ifá rests in the wonderful odú Irete meji. The message of Irete is found in various proverbs around the world speaking of how we all make our own good fortune. Irete is, according to Baba Falokun, an elision of ire and te which literally means to force by power your good fortune to manifest. It speaks of determination.  A bad use of this determination takes form in a resistance to change – positively it creates the determination to take what is yours, mediated by Fate and Wisdom.
There is one verse in the corpus of Irete Meji that speaks about determination, life and growth in particular.
It says:
Bùtùbútú ònà Ijèsà lomode fiì sere
Bí ó bá kómo ní rírìn esè
A komo nì níyan
In Karengas translation we read:
The fine sand which children play with on
The road to the land of Ilesa
If it is used to teach children how to walk
It can also be used to teach them how to
Walk gracefully
The road from Ilé ifé to Ilesa is a long road, this road is covered in soft sand, like at the beach. A child walking in sand will not walk gracefully, but as life and good tutors teach them they can come to walk gracefully on an earth that does not invite to grace – like the sand at the shores of the ocean. The message is, you can learn to walk for sure – but to walk gracefully invites an acceptance of opposition and humility in front of one’s teachers. This simple verse tells us that the world is not easy – but for sure you can make your way somehow – but only when we walk the world gracefully have we understood to essence of power as it reveals itself in determination to embrace our happy destiny.