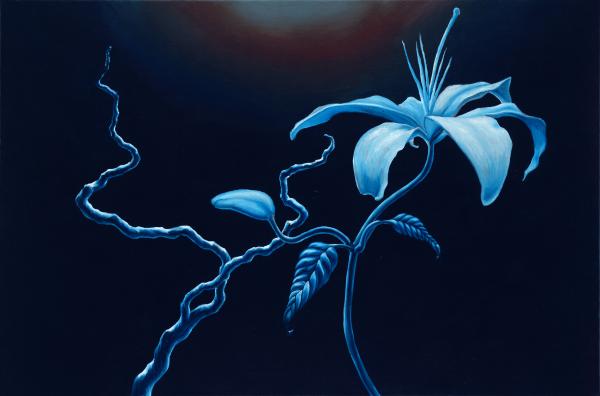 Pathos, Prospect & Pilgrimage
Lilium Umbrae Cuveen is sworn to allegiance by blood and troth to the Maid and Magister of The Clan of Tubal Cain. We have taken the shadow and the lily to speak for us. A mystery from within, but still aside, that rides upon the scales of Hydra as she is mirrored from Draco. Here we find the raven that drinks the chalice of first blood. The mystery repeats in an enigmatic variation upon timeless truths. As above so below – as the poles support each other and gives stability in its fluid flow of light such are mother clan and all daughters. From the starry pyre at the circles heart the blood flew and flows in truth and troth to the ideals of honour and beauty! This shall be our pilgrimage, upon the scales of the serpent to be as one in blessed diversity that always manifests the hunger of union.

The Dragon's Road
The Dragon is father of wisdom and it is here amongst its select pedigree we find that torch of first blood that marked men to become pilgrims of truth, ever hungry for wisdom. The Dragon itself by its scales is the sum of all colorations of truth – even as it borders on the borders of the world where we find the Lie constantly invading the land of milk, wine and honey from whence ancestry is fed. By acknowledging this descent we also acknowledge a being of blood that thrives on in mystery with the silent aim of supporting the pole of truth. The Dragon is truth and the Mother of the Lie – but as the other affirms the one and marks the land in this way shall the twain Dragon be understood, as the path hiding the enigma of light and wisdom as it needs the Lie.

The Cauldron within the Cave
Robert Cochrane was a man of caves. He knew that in the cave we found light taking the shape of great remembrance. The remembrance would enable us to master Fate whom holds your life and purpose supported upon their three legs. Darkness is ever a teacher, where She blooms as the ecstatic lily of transformation. In this flowering of the witch mother herself holding all wisdom of night the mystery of the cave is found in the secrets of womb, it be of Her, She or Earth. The cave is like the moist night where dream and contemplation meets in mutual genuflection. It is about remembering Truth aided by stars, Fate and Land. It is about the absence that makes all things to be – or at least a whisper of it as it lives on in the nocturnal voices that speaks through birds, snakes and breath.

The Starry Anvil
Man is a stellar stone flung to earth, on the altar of the first blacksmith dross is burnt and beaten to reveal the spine of light within. For us, He is the one who transmitted the power of fire and the secrets revealing how to survive, conquer and master it. He is the extension of the dragon, nursed by the Moon and the land itself into the spirit of wisdom. When we meet Him, Qayin, we meet ancestry and we meet crossroads. The first crossroad concerns ambition and truth where he by each stroke of the hammer asks, 'who are you' and shapes in conformity with Fate your true being. This leads to the second crossroad where the true being, or essence forged has been clouded by a social substance, ambitions continuation. This crossroad was in the 4th Century Church defined as vices caput, cardinal vices as the potential for sin arising from the Dragon's head. The so called seven deadly sins are naturally the malefic shades of the traditional planets and in our journey they will constantly challenge us to be true to our Fate – because only in this way can we be its master. This opens the third crossroad where wisdom and folly is mirrored in acceptance and pride. It is here the fire becomes ours and it is here we can burn down cities and alliances and build our ascent towards mastery of its secrets. As the Master of the accursed blood this is the keys that are his to give.

She of Land and Blood
The people of Goda, are Her people. This is also reflected in how Maid and Magister manifest He and She at a unique juncture outside time and social convention, within the compass. It is here at the pyre within the circle it all turn fluid and interacts in the one stream made from the three... Here the People of Goda takes on a new hue and dresses earth and air in honour of Her legacy and births new voices speaking the timeless truths that were always Hers. Truths forged on the holy anvil of eternal becoming and perpetual return. She is Fate and upon her call we are called to the crossroad where we can master Fate. As the Master Cochrane himself said it paraphrased by the Master Evan John Jones:

"Seeing the Lady is just not enough, to serve her and her will by being involved in humanity and the dictates of Fate (the single name of all the Gods) because in Fate, and the overcoming of fate, is the key to inspiration and death itself is gained stayed. There is no fate so terrible that cannot be outfaced and overcome, whether by a concrete victory gained by action or the deeper victory of the spirit engaged in the solitary battle of self. Fate, destiny or doom is the trial, the Castle Perilous, in which we all must meet to win or die." (Jones & Cochrane, ed. Howard (2001): The Roebuck in the Thicket. Capall Bann: pp 161)

And in this we find our pathos, prospect and pilgrimage.
Lilium Umbrae Cuveen can be contacted at llilium_umbrae@clanoftubalcain.org.uk 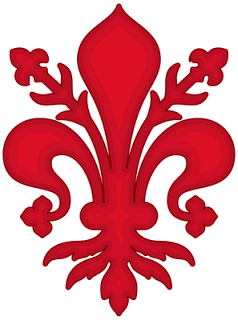