The Source of Light 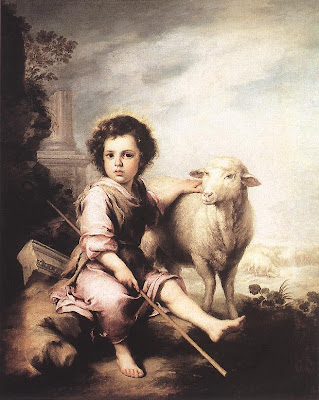 We humans tend to complicate our lives as we walk on stubborn with our hopes and dreams, cursing every hook and bleeding on every crook. We meet adversities and hatred start to boil, we meet the unusual and we want to convince and from this conflicts upon conflicts raids our life and shake our happiness. It contributes to the alienation modern ambition gave us from the cradle.
Our world is manifesting a cornucopia of miracles and possibilities. Our world carries the manifestation of imagination, joy and fears – it is a miracle in we are walking! Problems enter when we introduce taste, preferences, moral and judgment. We then generate a divide – a dyad based upon acceptance and condemnation where the measure is rooted in our own preferences, learning and conditioning. We perform the absurd act of judging shades of light. Because of this Ifá calls our world Aye Akamara – the World of Mystery.
Ifá teaches us that the principle and Idea of Light is what makes the manifested world possible. The first of the 16 odu meji (pairs) in the oracle of Ifá is called Eji Ògbe. It literally means ‘to lift two hands upwards’. The last of the 16 mejis is called Òfún, meaning ‘beginning of whiteness’ or ‘kernel of Light’.  In Ifá metaphysics this principle carries the idea of being a force that gives without discrimination. It is the source for miracles and diversity.  While Eji Ògbe is considered the father of the 16 mejis, the last meji, Òfún is considered to be the grandfather. The omega enters as a prerequisite for the alpha so to speak, denoting that every new circle begins with the end of the previous one. We can understand the play between the first and the last in terms of the manifestation of light as the first, Eji Ògbe, manifesting the rays of sun and light – while Òfún is the possibility of this being manifest.
Ifá tells us that there is a 17th principle at play in releasing the potencies of the mejis, this is the Orisa Èsú who takes his power of transformation from the odu called Òwónrín.  Òwónrín is the power of radical change and transformation. It is a force that can turn night into day and manifest the inexplicable.  Èsú is a concentration of a different power, but it is in this energetic family he claims the power of transformation.
The odu ÒfúnWónrín details the consequences of this mystery, where Èsú transforms the source of light and generates possibilities. What happens when Èsú mediates the powers of Òfún is that he makes diversity happen. This diversity takes shape in opinions, people, situations – it is a plethora of opportunities and choice that opens for us. This plethora is considered to be a good thing that can turn bitter or bad in the ways it is received. Still, Òfún is like honey – it can never be bitter. The bitterness of light is a perception we hold of pure manifestation of light.
We read in one verse of Òfúnwónrín the following:
Òfún fún won ké
Òfún fún won só
A dífá fún Odùduà
Ti ó máa soore kárí ayé
Ó níkí a soore kárí aye l’ó ní sopé ooré lówó rè
In Karenga’s translation it reads:
Ofun, the Giving One, gives to them so that they might nurture
Ofun, the Giving One, gives to them so that they might care for others
This was the teaching of Ifá for Oduduwa
Who was doing good all over the world
He said: “doing good worldwide is the best expression of character”.
As the verse goes on Ifá points out that it is important to practice sacrifice so the goodness we give to the world is not wasted.
Another verse speaks of how death was manifested in the world, as a legion of spirits coming from heaven to take people away. We meet here Igun (vulture) and Osin (the fish eagle) who was told to sacrifice in order to not suffer accidental death or grave misfortune. Igun decided to make sacrifice – but Osin saw no need for this, perceiving creation perfect as it was – and accepted his Fate no matter what it would be. In the end they both made sacrifice, Osin by his attitude of acceptance - and Igun by wanting a direct change in his life. To them both it was told that the effect of sacrifice was:
Àwon kó ni rín lòfuurúfú
Meaning:
"So they could walk the world with dignity and measured movement."
This is the secrets ÒfúnWónrín holds; how to enable ourselves to walk the world gracefully with dignity. This is caused by both accepting the condition of the world and make an effort towards positive change. It is about how we approach the marvellous diversity of manifestation – with resistance or with interest. If we approach with interest we will enter upon the world with a positive attitude, we will measure our movements so we can decide the best course of action in given situations. By measuring situations and phenomena’s calmly and with interest we will gradually walk the world gracefully in the spirit of goodness doing good everywhere by our mere presence. Doing this we walk in the steps of Obatàlá – the King of the White Cloth, who imagine and contemplate the possibilities of the world in a state where the good dream manifest benevolence.
From this begins a process of recognition and interest in the world – remote from the modern tendency of judging the other as an enemy of the sameness we cling to as we make our lives uneventful and small in the rejection of the plethora of light.