Squaring the Circle in Blood: A Letter 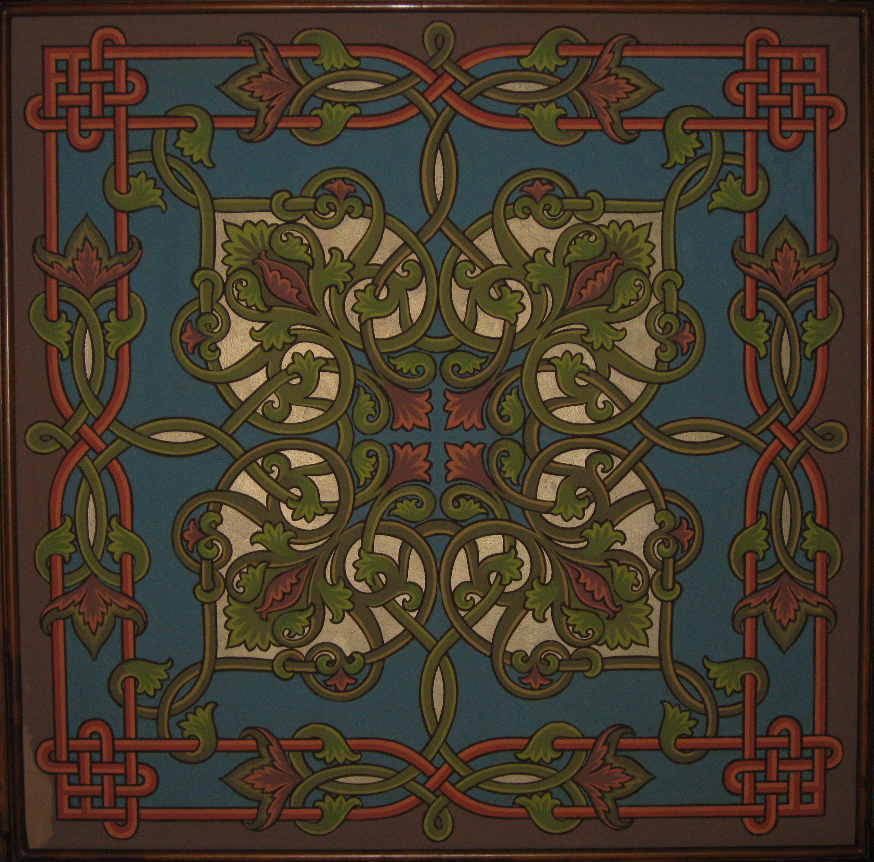 Parts of your letter read as follows:

“I have a question regarding spirits, initiation, and systems of magic.  I have always felt strong connections to these realms of the other, but I have had a hard time with these systems.  Sometimes in my mind I have become connected or imbedded with these principles or forces, but when I attempt a system, it feels so unnatural to me that I feel inside of myself a kind of urge to leave it be and to just shatter it and to directly connect somehow through my own methods developed very intuitively and organically with hints here and there from readings and sources.  I like to think I do not have trouble with the philosophies and the concepts, but when I attempt to use a system it feels completely wrong. ...  I know many people would deem this to be dangerous... Also, I have another question regarding spells.  For instance, if someone wishes to create a work and it involves killing.  I do not wish to pay that price because I do not trust my own wisdom to be able to commit an act of taking a life in the right context for the right reasons.  Besides, I have a great love for animals.   Also, in these seemingly impossible spells, for instance some of those Greek Magical Papyri, could the ingredients steps of these acts be deemed somewhat metaphorical, as if dealing with poetry...”

I can relate to these issues as these were questions I asked myself in my magical walk trying to find wisdom and answers. Like many westerners I sought out orders and learned several systems of magic. At a certain point in an orders tutoring of its system a restlessness entered and I asked myself, if this was it? A couple of times I even blamed the order in question for not being good, for being inadequate and wrong. But I was wrong. Any order provide a systematic way for obtaining the realization of some mystery, and if this mystery speak with your soul or not is really nobody’s fault. I think most of see admission to orders because we believe a mirror of Self is found there – the rest seeks power – but in general we also seek community, those of like mind. So, any order has its strength and weaknesses, every order carry the seed to its destruction – but it can also be a community that stimulates – as well as restricts. The fact that many orders have a degree system invites a trial of the ego, which I believe can be a good lesson for some. It is truly a beautiful mechanism resting silently in the aspiration of degrees that at the same time challenge your ego and fertilizes it. And with ego, I understand this to be active Selfhood, the temporal and changeable construct we know as identity. And it is here I find orders to have benefit, it helps challenge and in turn structure ego, but it has its limitations. To use a Masonic phrase, ‘the lodge, or order, squares the circle’. Meaning, an order is a temporal manifestation of a part of the heavens and as such it is not in the nature of an order to be the full starry heaven. If it manages to represent beautifully a constellation that should be good enough. And here we are at the usefulness of a system outside these parameters stated above; here we can encounter frustration and limitations, exactly because ‘the circle has been squared’.

The solution to this frustration might be found in emerging yourself in traditional doctrine. I mean, Plato, Proclus, Porphyry and also the more recent Neo-platonic perennial philosophers such as Julius Evola, Rene Guenon, Hossein Nasr, Coomaraswamy  and many others, because they are occupied with the timelessness of truth and man as a cosmic reference of the godhood. I have found this to be an investment in our own self discovery and it also helps us generate a solid philosophical foundation for our explorations of Self, magic and the world. I am not so sure if I see any danger in ‘using your own method’, but it is better if it is mediated on a secure foundation, like traditional philosophies or true rapport with nature. Actually it is better if the timeless philosophy and nature works in tandem and can inspire both heart and mind and through this colour instincts with rainbow like ink.... In the end I think we all need to be true and honest with ourselves – and this task is hard on so many accounts – and be patient. If this is too difficult, cultivate good character and your character will be your guide to Paradise...

Concerning animal sacrifice and the Western sensibility for this, I personally have little problems with this issue, simply because I believe ever animal (including humans) have a soul. This means that we are all partaking in a great mystery together with minerals, plants, angels, vapours and scents that are in a constant dance of interaction, transformation and renewal. I think the Western demonization of animal sacrifice is provoked by fear of death and forgetfulness of the fact that all meat eaten by Jews and Muslims has been ritually slaughtered. Not to forget that the Vatican have its annual sacrifice of a lamb to maintain the power of the Eucharist. At the root we find however a lust for eternity and a fear of death, not realizing that death is eternity and possibility. I recall Don Juan speaking with Castaneda about these matters being very clear that our alienation from ancestry and death contributes to the Western gluttonous attitude of wanting to LIVE forever, in the flesh, like an un-dead... The sooner we accept death as a part of the journey the more we will appreciate life; this little blessed sequence of our life as flesh – because we are not really from here... My concern is that the animal is sanctified and blessed so it can re-enter the circuit of incarnations and reap more experiences and further blessings – because how can the living judge if death is a curse or a blessing?

As for the impossible spells in the papyri and other magical texts of Antiquity and the middle Ages, there are certainly ways of making these items to take shape in secret and magical ways – but actually, many of the ingredients in many of these spells were real and material – although in some instances poetry reveals ‘a different way’. We must keep in mind that prima material was different in those days and accessibility also different than today. But insofar as we are speaking of testicles of peacock, eye of toad and blood of bat, these were most certainly most real components for rites and elixirs.

This being said, I see a difference between sacrifice and murder, so unless the sanctity and meaning of life is understood life force offerings should not be given. There is protocol for this, a protocol the peasants understands instinctively, but which the urbanized westerner must learn. The perspective of meat in plastic and meat as a fellow friend on the farm invites a great difference and one of those is the difference between murder and sacrifice....

I hope these words were helpful for you and thank you for your thoughtful letter.

As for other readers, please do continue to write me at: nicholaj@gmail.com
Responses might take some time, but with patience you shall see manifestation!