72 Degrees of Starblood Marking the Earth 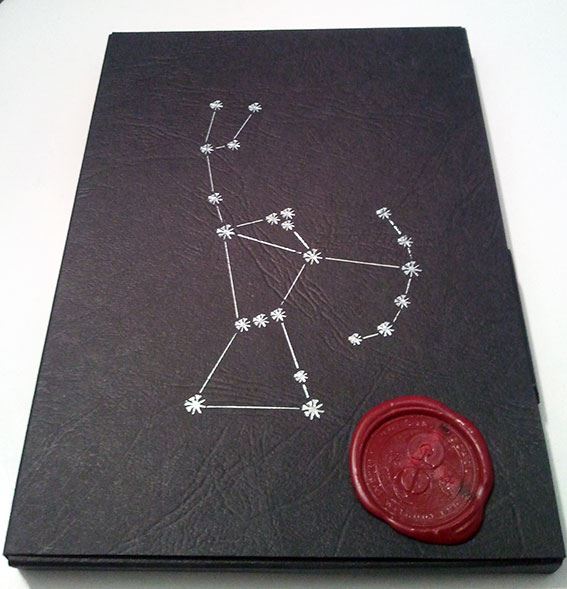 A review of Leo Holmes: LeMulgeton: Goetia and the Stellar Tradition. Fall ofMan. 2013

Amongst the many occult publications that have come to light in recent years there is a tendency towards veiling and obscuration, sentimental journeys of power spread across the pages, revelling in darkness that in the end goes nowhere but back into the chaotic mass is surged from. In this landscape Holmes’ LeMulgeton gives a freshness and solidity that I hope we will see more of.

He states the premises of his study clearly, and through an analytic survey of the material at his disposal and interest he presents an analysis and application of the two cuneiform tablets known as MUL.APIN (where the oldest fragments date to around 686 B.C. but are far older than this). The amount of fragments we have at our disposal makes these two tablets amongst the most complete documents we have concerning Sumerian astronomy and astrology, which makes the entry point of this book very interesting - and in this pitfalls can be found, the greatest being to look back on the past with the eyes of the present and in doing this discard the entire matrix of evolution from one form to another in favour of forcing a particular point of view. Holmes avoids this trap with grace. He approaches his material with the mind of an archaeologist who seeks to discover layer by layer what we are dealing with, suggesting and commenting on his findings, but avoids drawing final conclusions. I find this attitude to ones material to be immensely refreshing and in doing this the book is an invitation to further musings upon the stellar nature of goetia.

During the missive he makes synthesises and association with the tarot, with the spirits of Lemegeton and with the stars and constellations - and he does this in a way that widens the mystery’s landscape... and in this he reveals a most clever text that seeks to ignite further knowledge.

There is overall much good to say about this book, but the best thing is that the book makes you reflect and ponder; it ignites a wish for delving deeper into the place where the blood of stars meets earth and death. I always saw a deep connection between the stars and the dead and it might be because of this I took an immense liking to this book. Because after all stars are suns, and suns are souls and in order to ascend, to become a sun and a star we must die so we can shine on... this is the airs and waters that carry this text.
When we engage into the study of goetia, intellectually and practically, I feel it is important to be mindful about the considerations of Jake Stratton Kent, told in various ways in several forums and texts, that:

“The term goetia derives from a word indicating a person, a somewhat unique case of the art taking its name from the artist. This person was called a ‘goes’. In short, goetia is related first and foremost to the identity of the operator, and secondarily to the nature of their art. The word ‘goes’ relates to terms describing the act of lamenting at funeral rites; the mournful howling considered as a magical voice. These magical tones can guide the deceased to the underworld, and also raise the dead. This is the root of the long connection of goetia with necromancy, which has come to be seen as ‘black magic’.”

Given this criteria Holmes blazes forth as a true goes, but as we know from classical mythology, those who find death as heroes can be made into stars. Queens, heroes, kings, hunters, angels, animals and pilgrims are all found replicated in the starry constellations. This is not unique to classical mythology but is also found in the Mesopotamian star lore and astronomy Holmes has used as his foundation, where the triad of Enlil, Anu and Ea/Enki are considered not only as heroes but as masters of the course of planets. What Holmes set out to do is to present the potencies of constellations as related to kings, queens and demons and relate them to the mystical number of Lemegeton, 72. This number is also significant for the Shem ha-Mephorash, the ineffable name of god, but it is also the decans of the zodiac divided into day and night, 36 doubled in ten degrees of day/night reflection. All these considerations are drawn into his discussion from clear facts like:

“This tradition is reflected in the Goetia, having thirty-six Goetics attributed to daytime and thirty-six to nighttime, and suggests that Lemegeton is a star-map which should be read circularly, not in a line.”

In order to support this stellar idea of goetia he applies the seals of the goetic spirits to constellations, which is quite revealing – and makes you ponder and question further.

This is a book that provides an incentive to look back so we can walk more steadily forward. Holmes aims solely to give a track of star blood to our search to find our way back to where we once were, and bring this wisdom back into the present, tracing his steps with care and respect. In this pursuit alone I would salute this book, in its way of presenting a personal great discovery as a comment and a lantern on the track. 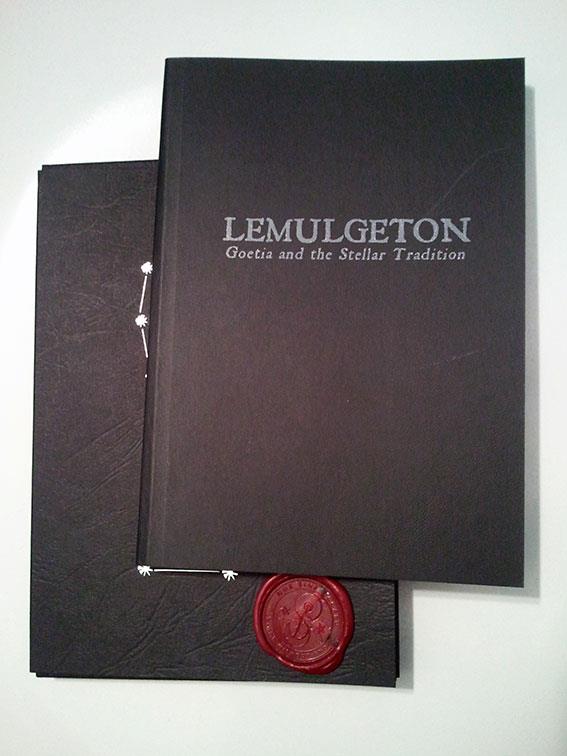 This book is a commentary on a field of general occult interest. There is humility here - and also a desire to share – which I find rare in contemporary occult writings.  Holmes gives his text to the world as a landscape, an open field, an invitation to further fertilization. This text is 72 drops of starblood that invites to a greater symposium of stellar goetia. I wait in anticipation for the further unveilings of these mysteries.

Por Nicholaj julho 13, 2016
In this article I will try to answer some questions concerning Quimbanda that surfaces with frequency. Questions concerning how to work this cult solitary and somehow dislocated from the cultural climate of understanding here in Brazil are frequently asked as are questions concerning the magical tools, such as guias, patuás and statues, available to the general public.
I want to be initiated in Quimbanda, how do I proceed with that? When we speak of initiation in the perspective of Quimbanda we are speaking of a true and intense merging with spirit that involves a pact/agreement, a spirit vessel (assentamento), ordeal and oath. There are elements used in this process that are common to every house/terreiro/cabula/lineage of Quimbanda that reveals a common origin. There are different varieties of Quimbanda in Brazil, and the expression of the common root, will always depend of the constellation of spirits we find in the tronco. In other words, a ‘Casa de Exu’ that is dominated by Exu Mor…
Read More >>

Por Nicholaj maio 20, 2014
Quimbanda is a cult centred on the direct and head on interaction with spirit, hence developing mediumistic skills and capability in spirit trafficking is integral and vital to working Quimbanda. Possession is a phenomenon that intrigues and also scares. After all we have all seen movies like The Exorcist and other horror thrillers giving visual spectacles to how hostile spirits can take over the human body, mind and soul in intrusive and fatal ways. But possessions do find a counterpart in the shamanic rapture as much as in the prophet whose soul is filled with angelic light that makes him or her prophetic. Possession is not only about the full given over of your material vessel to a spirit that in turn uses the faculties of the medium to engage various forms of work. Inspiration, dream and to be ‘under the influence’ are potentially valid and worthy avenues for connecting with spirit. Yet another avenue for good spirit trafficking is the communion, or what Jake Stratton-Kent calls ‘…
Read More >>

Por Nicholaj dezembro 16, 2019
The Works of Nigel G. Pearson have largely focused on the world of plants, as in his eminent work The Devil’s Plantation published by Troy Books in 2016. This book is in a way followed up by the book Wortcunning: A FolkMedicine Herbal (Troy Books: 2018) that is actually two books in one. The larger part is a shorthand of folk magic herbs with their uses and associations, a sort of ‘shorthand’ or reference book for the more common of the many plants useful for the cunning one in the great variety of his or her work with healing or with the other side. A precise and great summary that is very useful.
The other part of this book is composed of the notes Nigel was given by a family group of witches in Susses in the 1980’s that gives a catalogue of properties and use of a great number of healing plants for a great number of ailments. Interesting is also to note that many of the more traditional witching poisons are limited to a warning of being poisonous and given the rulership of Saturn w…
Read More >>