A Stream of Golden Blood Running from the Trolls 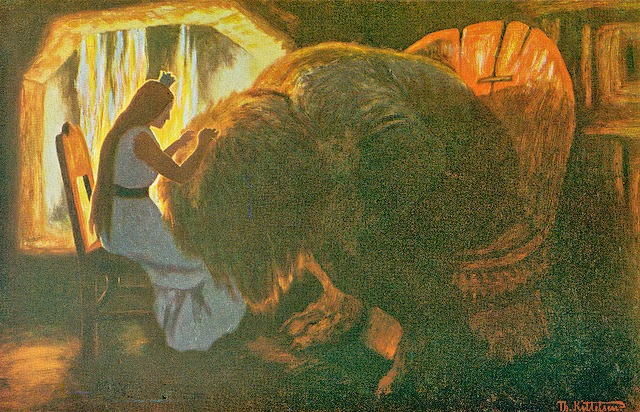 If we dissect the word Witchcraft we will find that within all its interpretations the idea of ‘skill’ is found.  The skill in question is commonly related to cunning or knowledge and this knowledge is commonly appropriated in the skill of summoning spirits. Summoning a spirit means to know the rhythm and relationship between a soul and what animates it. As such Nicola Tesla, Isaac Newton and Benjamin Franklin with their discoveries could be seen as possessing the necessary skill that would deem them witches, and perhaps their Occult, Alchemical and Masonic connections gave to them the necessary skill to discover the animating spirit beneath the phenomena’s of energy, communication and gravity they gained fame for.

But witchcraft goes deeper than the world and so the skill of scientific discovery is merely a skill rooted in an understanding of the world that is in agreement with a given world view, I mean profound discoveries of how spirit animates a soul can be what it is and it can open the world of mysteries.

I believe it is here the witch (no matter how much I have grown to dislike this term) thrives, because I still see the witch as a dweller on the outside that possess a particular ‘blood-line’. Now, I do have several convictions about what the witches blood lines mean and contain, but if we look at the current trends we find that the term ‘witch’ can refer to someone initiated into some stream claiming or stating that they are ‘witches’ as much as someone making a ritual to the Horned god in their backyard and feel results deem themselves a witch.

The feeling brought on by result can be tricky, because at times we do impose our own desire upon the goal we seek to achieve, a goal that by all measures should remain unnamed and secret. But it is also here in the very feeling that we see a crossroad take shape.  The witch feels through blood. To feel through blood means to meet kindred souls that share the spirit of the blood that animates your being in the condition you find yourself to be in this Now. The Witch is always marginal, but rarely an outcast in spite of sitting at the most thorny branches of the hedge. And it is there at the thorns at the summit of the hedge the blood runs down to its roots and speaks celestial languages with the forces below.  This is no mere necromancy or spirit summoning; it is about hostile parents breathing dew and fire in your eyes so you can take what is yours – and only what is yours – and by knowing what is yours you can bring it on in a flow of blood, inspiration and dread.

Because what remains between the thorns of the hedge is always a potential threat and threat is one of the animating spirits that quickens the witches’ blood –and what is this blood of witches...?

Well, if you need to ask, it gives its own answer...

The witch is tricky, because it is a poetic reality, but what does that paradox mean? I leave it to you to give answers to this paradox in your heart, so you can truly see how you feel about it. , but what I do know is that the knowledge rising from the skill taught by the spirit wardens of the witches’ craft is as tricky as the craft itself.

And I think that when you see too much, when your perspective folds out as you take too much in and feel alienated from the world -because alienation makes us estranged from the field of the witch, this world he she or he marks with drops of blood and charcoal - you will either interact and entertain or withdraw, but always in truth. And in this ladder I would say that the greater the distance is from the world the greater is the alienations, for good and for bad.

I believe the witch never grows arrogant, nor lies, but the greater grey field is a constant companion, because it is the blood of the black horse that colours the fields of hope grey, s Robert Cochrane wrote:
“Never be like I was for a short while, arrogant in the knowledge of power, for She soon ripped me up, and brought me home across my black horse, and I like the knights of old lie wounded, and at this moment without hope” (The Robert Cochrane Letters. Capall Bann:  2002: 44)

A true witch is always tempted by power, but with the temptation comes the arrogance and pride that leads to fall and disgrace. If you fall into temptation, use it wisely so you can tame trolls and make the forgotten wisdom yours, no matter if you share it or hold it thigh in the thorns of the hedge, it still ensure that the blood that made your track was not given in vain... in this I believe a small part of the witch’s creed rests... because the witch is not comfort, it is solace, solace of select appreciation...