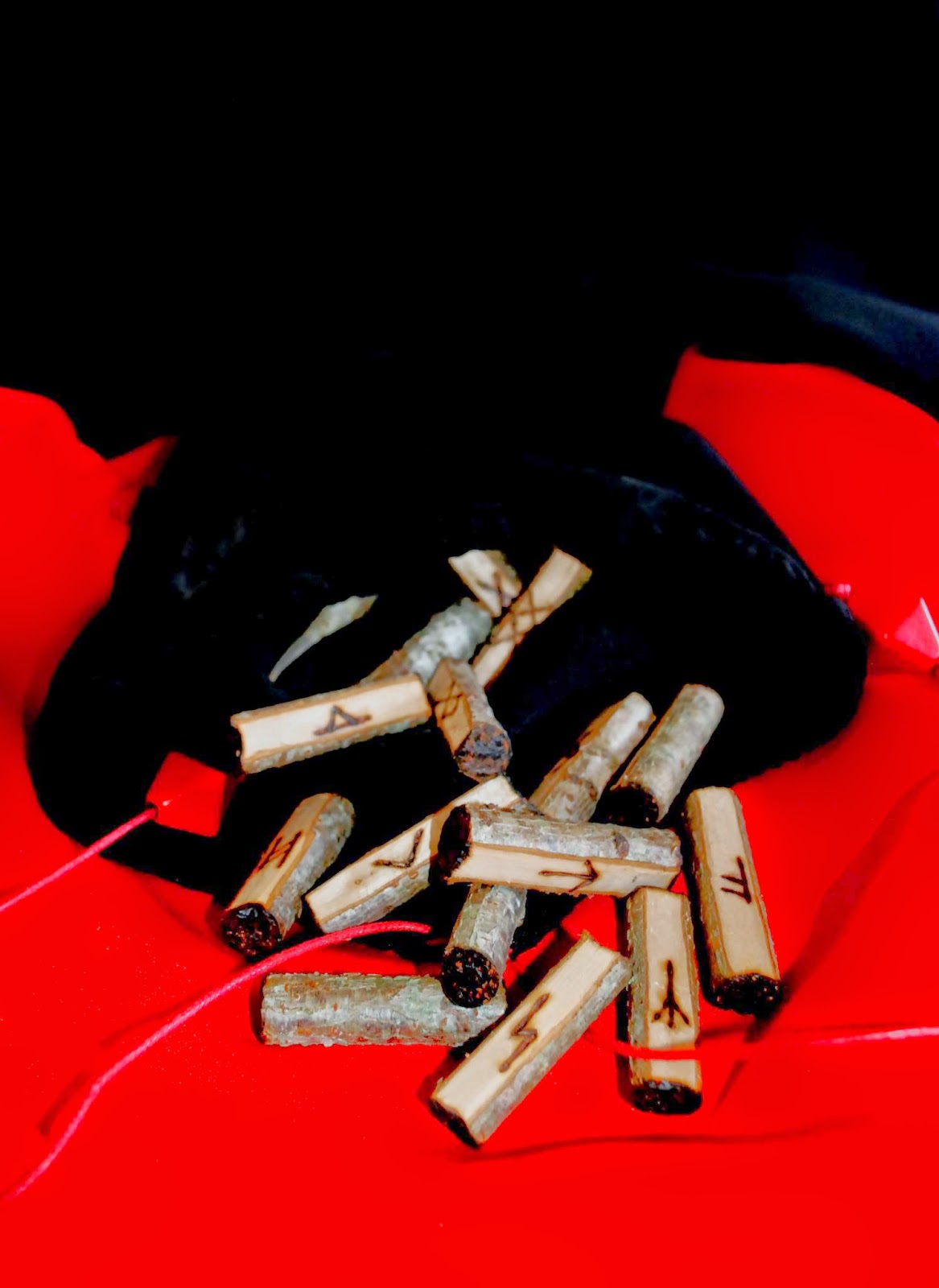 I am offering for sale one single set of runes, cut, crafted, blessed and anointed by me.

I cut these runes from the Cherry Blossom tree in the hour of the solar eclipse on the 29th of April. The tree was saluted and fed in this night when the right eye of God was overcome by Her luminance...

I chose the Cherry Blossom tree given her deep connection with Moon and Venus, which had dignity in this night, but also because of its relationship with eclipses.  Japanese myths tell us that the tree is sacred to the divine princess Konohananosakuya-hime. She herself symbolizes the extension of death, namely life ephemeral and temporal, just like the Cherry Blossom tree prior to its short gift of flowers enters death where all leaves falls off prior to casting off a bounty of flowers.

Japanese legends tell us further that beneath the tree lay a myriad of corpses. These corpses are laid at the root of the tree by its bloodthirsty guardian, Seishirou that protects its mystery and also feed its roots with the blood of intruders and warriors (bushi). Especially the bloods of warriors are sought after and some accounts tell us that the most dignified of all forms of seppuku (ritual suicide) was the one the bushi made under the Cherry Blossom tree. As the warrior offers his blood to the earth and the roots soak it up it colours the Cherry blossoms in the light pink these white flowers once had.

Given the symbolism of the Cherry Blossom tree it is fair to say that this tree do hold proper powers and potentialities for harvesting runes of a peculiar energy that invites in forces commonly associated with Rowan and Yew, but its connection with the underworld and death also makes this particular wood a source for the wisdom found in wells and springs or the blood water that the roots of Yggdrasil stretches down towards.

In the very same night callings to spirits of the nature of Venus and Moon was done and an oil capturing the eclipse was prepared and savoured for the purpose of anointing the runes on May Night (Beltane/Walpurgis). 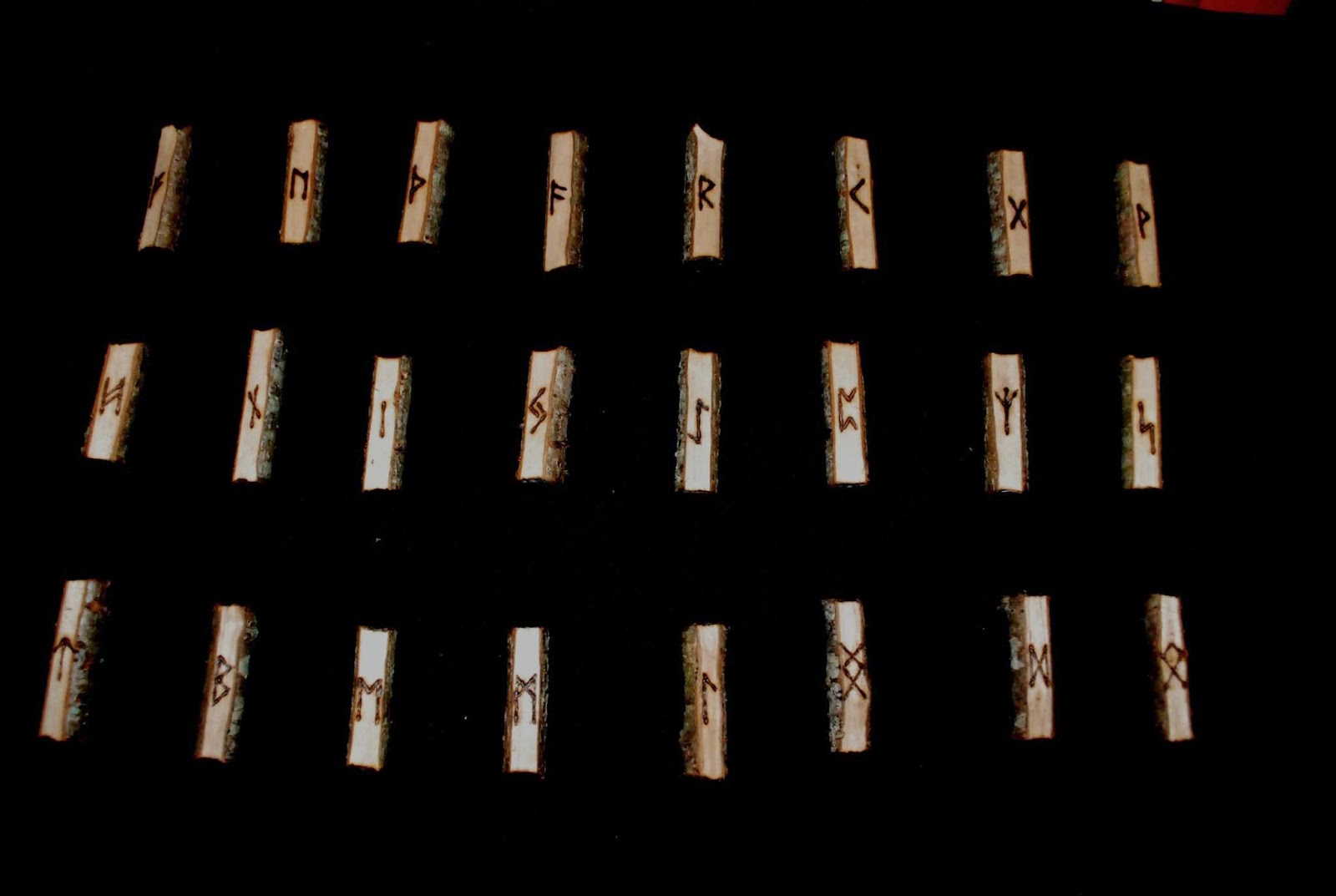 As May Eve came I marked the runes with fire and washed them in wine and honey before anointing them with the oil of eclipse and all runes were called forth to inhabit the rune set as each rune were burned into the wood.

I made two of these sets and I am offering one of these unique twinsets of runes for sale. The rune set offered up for purchase also named itself in the process – and the name will of course be imparted to the future owner of the set.

A final feeding of wine, honey and oil will be given in the name of the person purchasing the runes.

You can check it out at Sacred Alchemy Store