The Sinful Books of a Shadow Saint 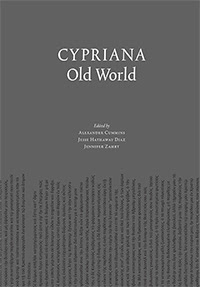 This anthology rests on two key texts, the first essay in the anthology which is a translation of Book 1 of the Acts of Saint Cyprian and Saint Justine dating to 450 CE. It is a remarkable text in many ways and as the translator, Matthew Barclay, comments: “(it is) giving us a glimpse into the marketplace of occult services that existed in the ancient world.” Not only this, in being the earliest account of St. Cyprian and his conversion, giving ample room to Saint Justina, it naturally served as an influence and inspiration for other hagiographic renderings through The Golden Legend and to the Faustbooks and Cyprians of Scandinavia and Iberia.

The dynamic of interaction, the very inconsistency that has moved the ‘Cyprianic Tradition’ is well discussed in  Alexander Cummins key article, ’ In the Manner of Saint Cyprian’ that uses the little grammar of magic known as De Nigromancia, attributed to the 13th Century friar Roger Bacon as the pinnacle for painting the Cyprianic vortex of change, flux and transformation ending up with bringing form to St. Cyprian as the lusting saint and divine sinner as an idea and reality not in need to be supported by material history per se. In this way we realize that St. Cyprian is as much about a spiritual concept, the man at the crossroad, the shadow saint that in the way of any St. Thomas or St. Iscariot questions the limited understanding of divine depths and poke our prejudices and pre-judgments, our moral and sense of right and wrong, the sin and the forgiveness. 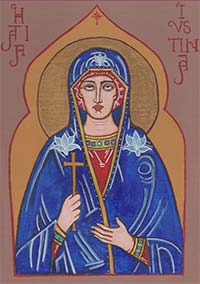 To support this foundation and core for the anthology, the book spreads its wings to Iberia and Scandinavia where we find Johannes Gårdbäck giving a detailed account of the earliest and more notorious accounts of St Cyprian in Scandinavia, as a Faust from Thule as José Leitão unmask the Iberian conglomerate of St. Cyprian and his forbidden teachings in his more continental rendering.
In this exploration it becomes evident that St. Cyprian is his own book, the many black books in Scandinavia carrying his name as well as the multiple variations and differences in the Iberian and Brazilian Books of St Cyprian, is simply a testimony to how the idea of a book can be elusive and just as well be written on the pages of a thousand clouds with the ink of sweet sin as with blood and bile on the parchment of a book.

It is a welcome addition to the growing literature on St. Cyprian and his legacy, an anthology I have no problem recommending. So, visit Rubedo Press and get your copy- 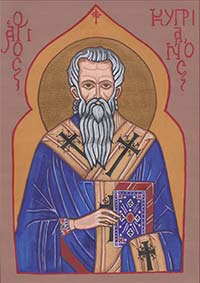