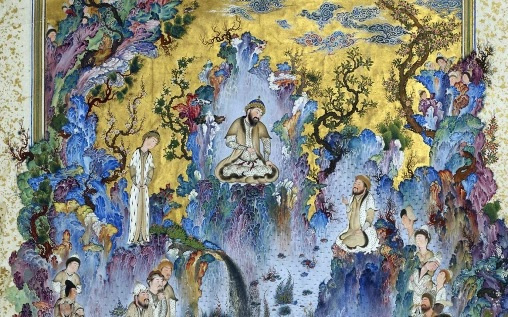 Everyone is seeking something good for themselves and in the search for goodness the hunt for purpose, meaning and mission often surfaces as important issues on the path towards self-discovery. But what do we use as the measure for discovering our purpose?

Ifá states that we all are imprinted with an energetic signature that both describe our personality traits and how we should conduct ourselves in life to attract good fortune. This energetic signature is a crude and almost primitive mark that gives us a base for growth and expansion, because this energetic signature, the odu, is in truth a primal cosmic force that gives a crude blueprint for our being and journey in life. The map we must make ourselves and there will always be many choices that will be good as there will be many choices that are bad in reference of attracting good fortune. One man’s medicine might be another man’s poison, and choices made towards harmonizing a given energy is often more abstract in nature than confined and predestined towards a very limited set of behaviours that lead to the desired results. For instance, if Ifá reveals to you that this primordial energetic signature is of a creative person, this doesn’t limit creativity to fine arts. It means that this person will bring something creative to his or hers endeavours, it doesn’t necessarily mean that you will be a renowned painter – yet it might be. Ifá instead focuses on building good character, which is signified by possessing a mind-set that is easy-going, kind, calm, joyous and tranquil. Good character or iwa pele is what happens when your choices leads to peace of mind instead of entertaining drama, confusion and dysfunction that slowly forge iwa buruku or wicked character. In fact, Ifá states repeatedly that if we focus on building good character we will be in such state of mind that we will make the choices that are best for us, that will accumulate our good fortune and bring meaning and purpose to our life. To build good character is a lifelong undertaking, as this particular state of mind is made by success and error, the mistakes and foolish decisions. To err is all but human, and hence it is through the accumulation of experience we grow wise if we allow ourselves to take the lessons from the good and bad choices we are making in our life.

When they arrived on Earth

They disobeyed all advice given

He was accused of killing the sixteen elders

Orunmila said: You live eternally by your own hand

As you live perfectly by your own hand

What is interesting in the conclusion of this poem is not only that none of the sixteen wise forces that came with Orunmila found any advice worth observing, but how Orunmila emphasizes personal responsibility and how each and every one makes or breaks our own good fortune by our own hand, our own choices. But what kind of advice Orunmila gave to these wise elders that were so difficult to adhere to? Let’s look at five of these sixteen advices.

3. They must not call a parrot a partridge

This advice speaks about not misleading people as it speaks about lying and the importance of avoiding creating confusion by telling that something is what it is not. The advice do not speak whether this is done in good or bad faith, it simply states that this is a behaviour that will deviate you from experiencing fullness and joy in this human journey. Hence the advice is that instead of pretending to know something you don’t know, admit the lack of knowledge and avoid misleading people for the sake of looking greater, nicer, wise or more powerful than what you really are.

4. They must not say iroko (African Teak) leaves are oriro leaves (Water Hyacinth).

This advice speaks about the importance of avoiding deception. And also since Iroko is a very important and magical tree in Ifá this additional layer of deceiving people to accept inferior manifestations as being as good as superior ones or simply confusing the planes telling that Iroko is basically the same as Oriro. This advice is also an admonition against taking short cuts or due to possibility for gain, laziness, lack of self–esteem, control issues, whatever it might be. Again, Ifá simply say, don’t do this if you want to prosper in the world and in following the previous advice it is about being authentic and honest with oneself.

5. Do not go to the river if you do not know how to swim.

This advice simply means that you should not claim to know what you do not know. Eventually the charlatan or misguider or misleader will discover the undercurrents that take such person away to the great liquid Abyss of return as such person have no legs or shoulders to stand on. So, basically the advice is about not lying, especially when it comes to using lies to increase a false position that gives you the allure of being greater and wiser than what you really is.

7. They must not enter Akala´s house deceitfully.

The house of Akala refers to a wise elder, someone who strives to walk the walk and be less of a hypocrite than what we humans usually are. Such people often gives off a sense of real power a presence of being that can tempt many a journeyman to take advantage of someone for their own gain, in other words to use people as a tool for your own greed and selfish desires, which Orunmila understands to be at to root of someone treacherous.

15. They advised them not to go behind and discuss secrets.

This advice is clear and simply about avoiding gossip and to talk with a heavy mouth. It speaks about the importance of guarding secrets in the sense of now throwing pearls for swine as it also respects oaths and word. In particular this advice is about not speaking about someone not present, especially if it is negative issues that are presented in an unproductive and denigrating fashion and scapegoating. Instead Orunmila advices to speak open and plainly in the same environment and if what you have to say about someone else is not something you have courage to tell to the person in question maybe it doesn’t deserve the light of day? Maybe it is all about you and not the other?

On our path in life, in our communities, if we want to find meaning, discover purpose and gain a deeper self-knowledge these advices might be a great place to start because if we are a positive force in the world we will also attract situations, energies, people and opportunity that will increase these connections and we will, in-between our errors and failures, start to get in touch with our own essence in a way that is truly beautiful.